Me and the boys (Zeb & Quincy) decided to get away from the crowds on Memorial Day weekend of 2003, and we ended up in an exquisite meadow surrounded by these awsome ridges and mountains just begging us to climb. I found out later that the place is called Peterson Ranch, named for a cool old homestead tucked back in the trees at the end of the meadow.

I learned that I'm not as young as I used to be on that weekend. But it was worth every step to find out what it looked like from on top. Although I'm not sure the dogs thought so...they both beat me back to camp by a half hour! 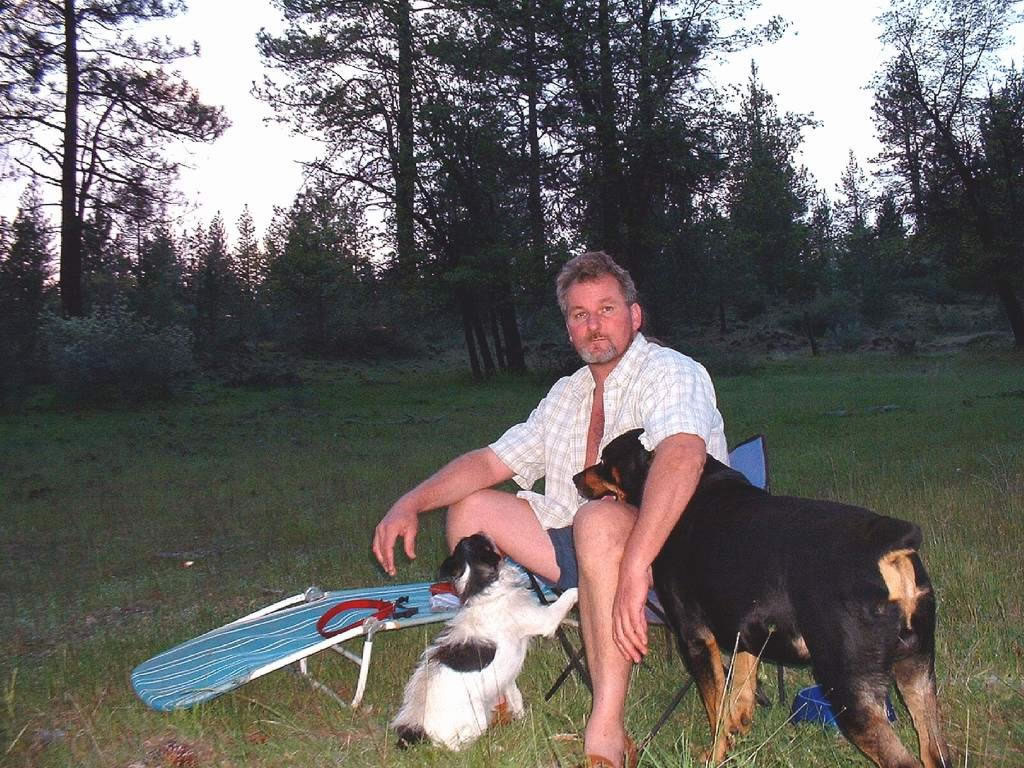 The dogs are trying like hell to motivate me to take them for a walk. Little did they know... 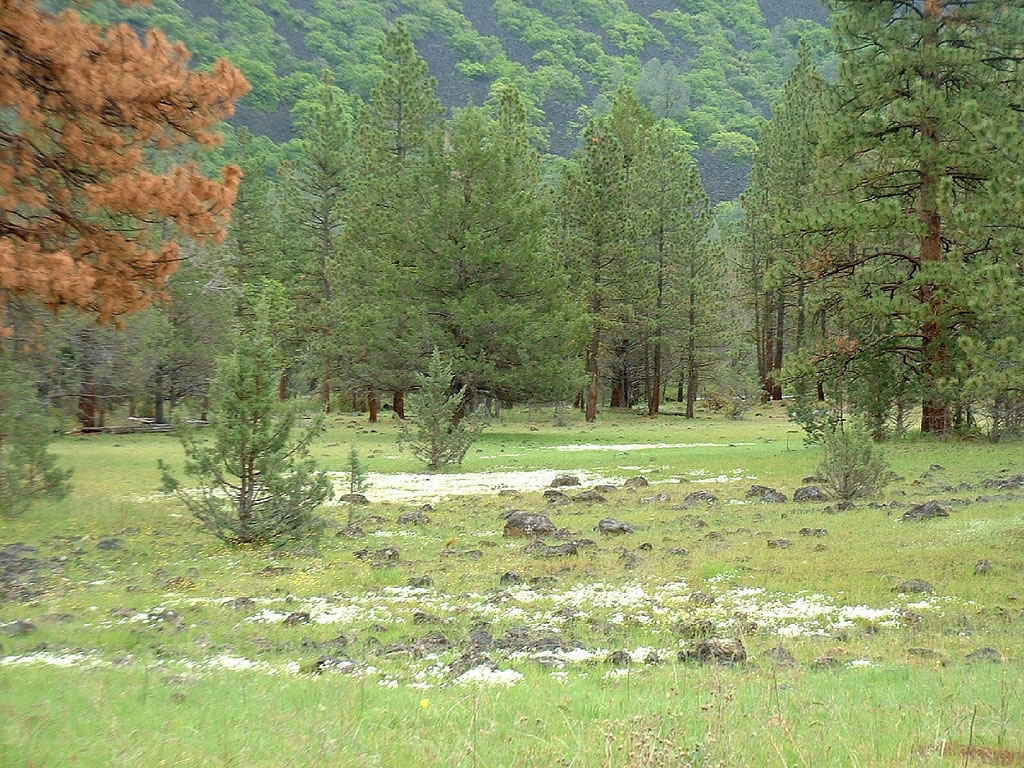 It's amazing to think that all these rocks were thrown here by volcanic eruptions, but that's what they told me at Shasta College. 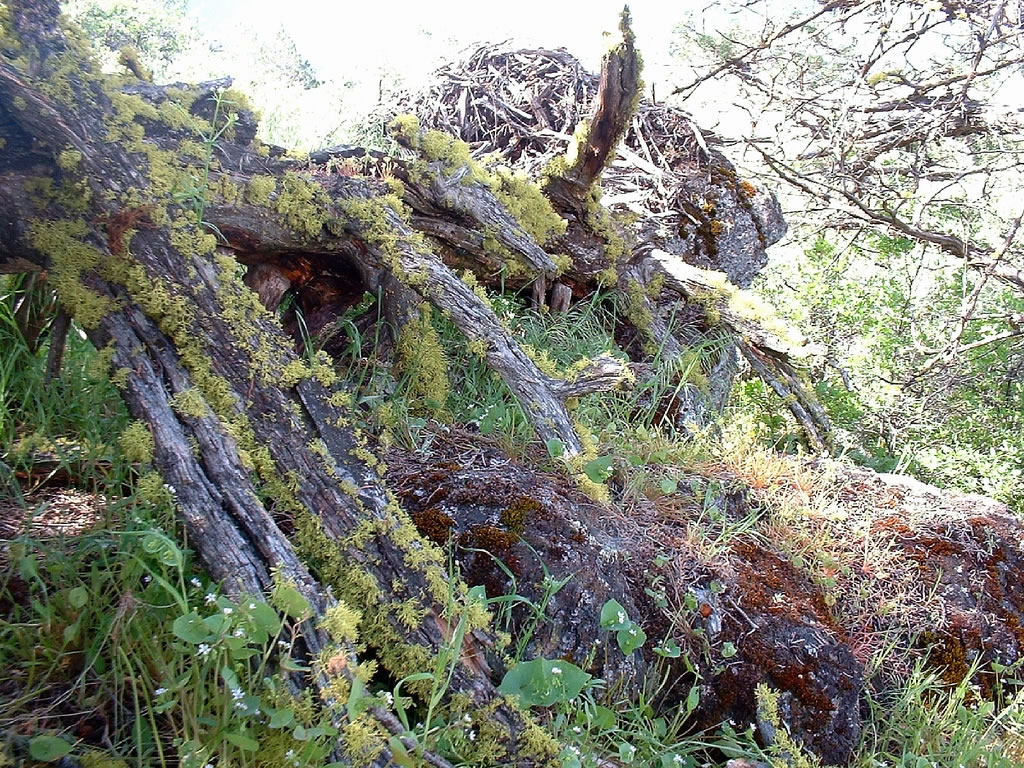 I'll bet that me and less than a dozen others have seen this little alcove of life. 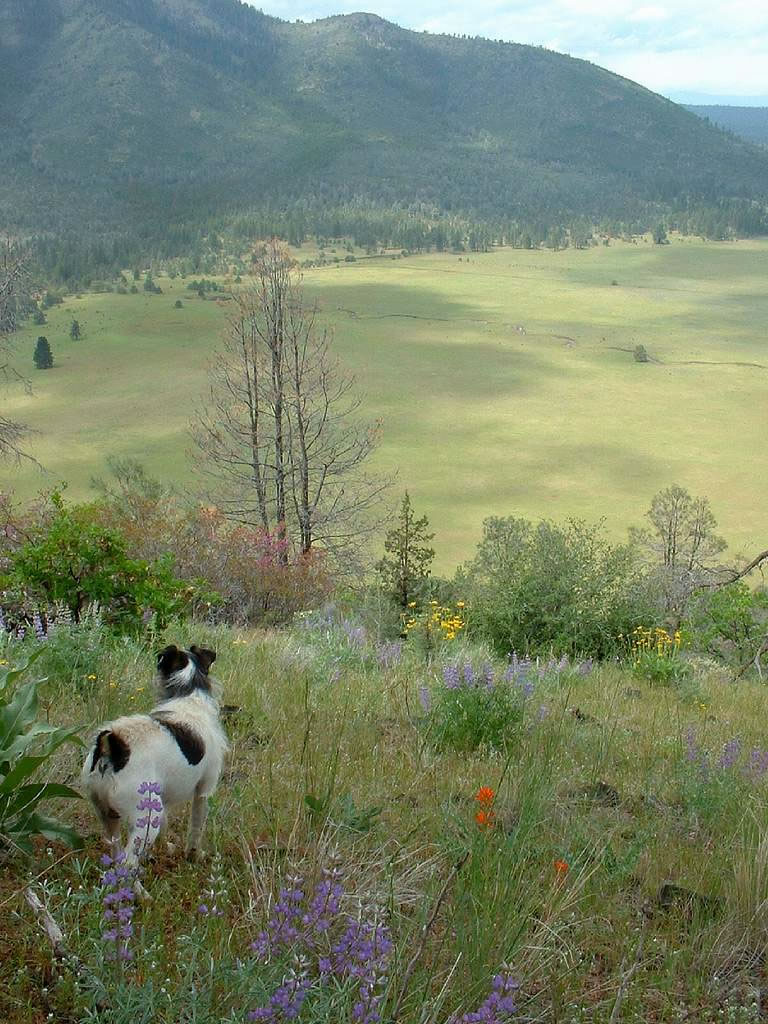 Back in the upper-left corner of this meadow is where we found the old homestead, complete with a hand-hewn log cabin. Quincy told me that we just had to go see it. 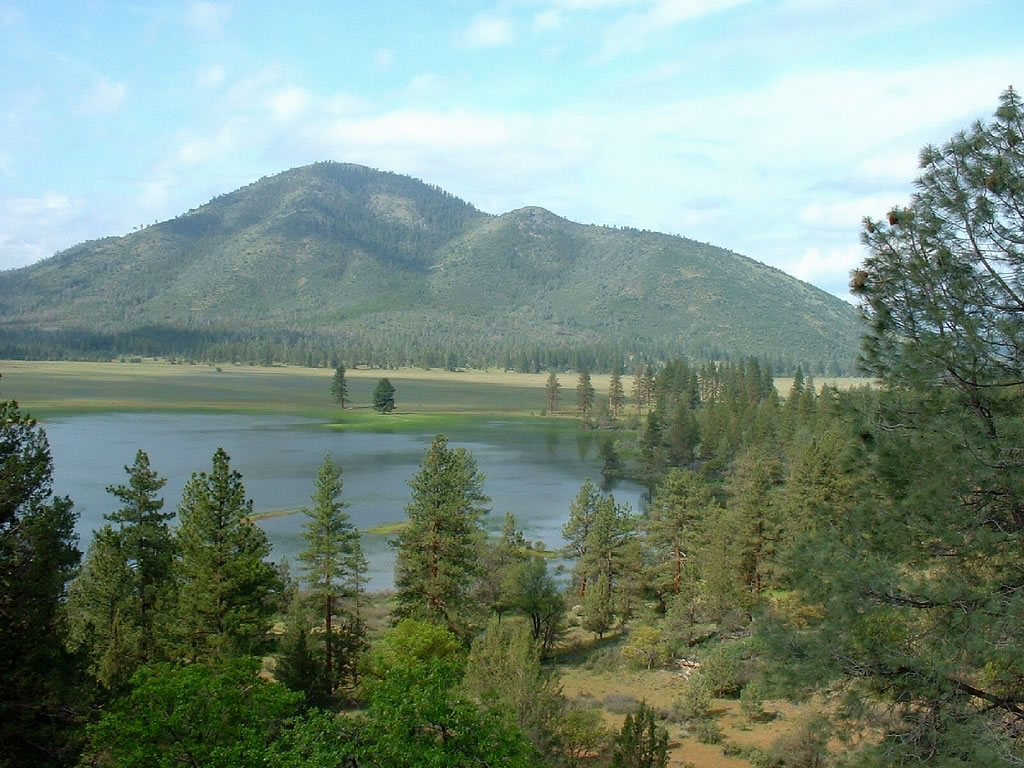 About halfway up the ridge we stopped for a breather, and when we turned around to sit down, this is what we were presented with. 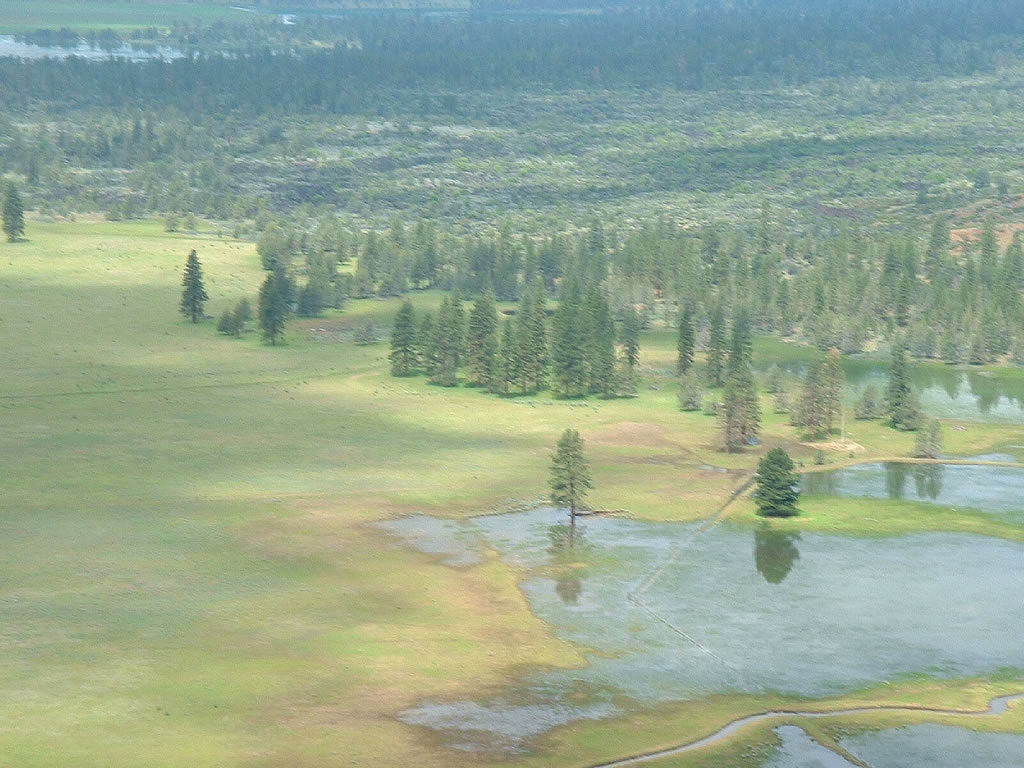 Those tiny dots are the cows that came into camp the night before and kept the dogs qrowling all night. This was taken from the top of the ridge, and from here we traversed down the lava-strewn side towards the back of the meadow, 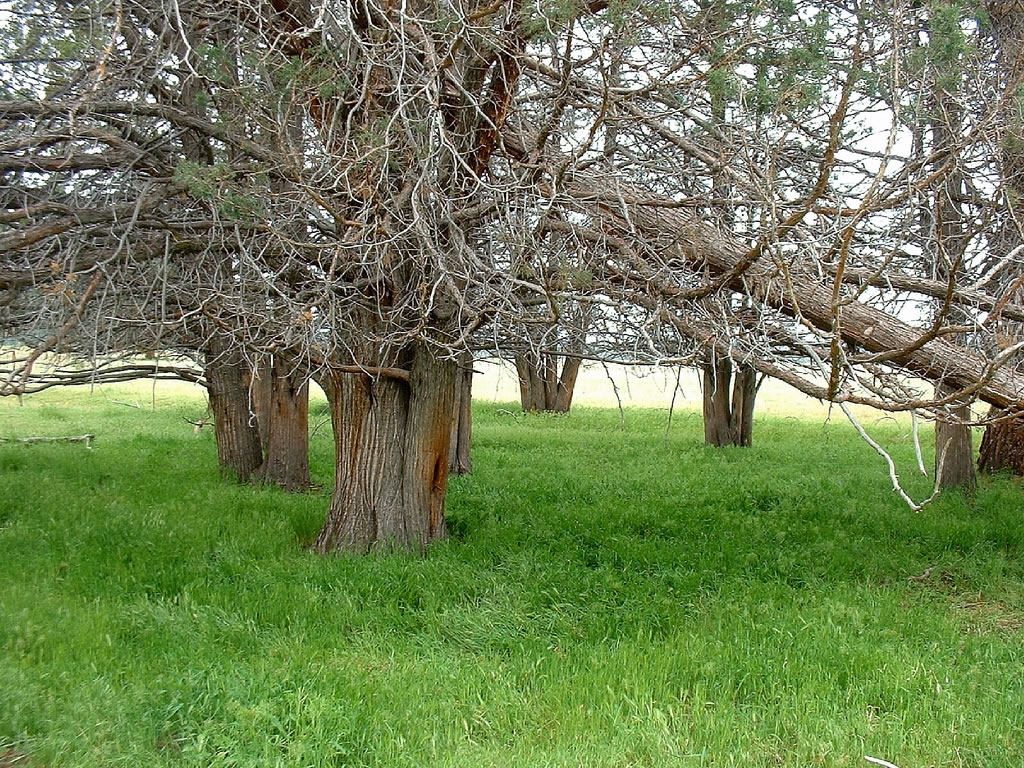 We collapsed under these trees (well, I did, anyway) after that horrid side-hilling thru the lavas with our legs burning up. This place was so special that I decided to eat lunch and get to know it better. Quincy warned me of 2 different snakes sneaking up to my spot. 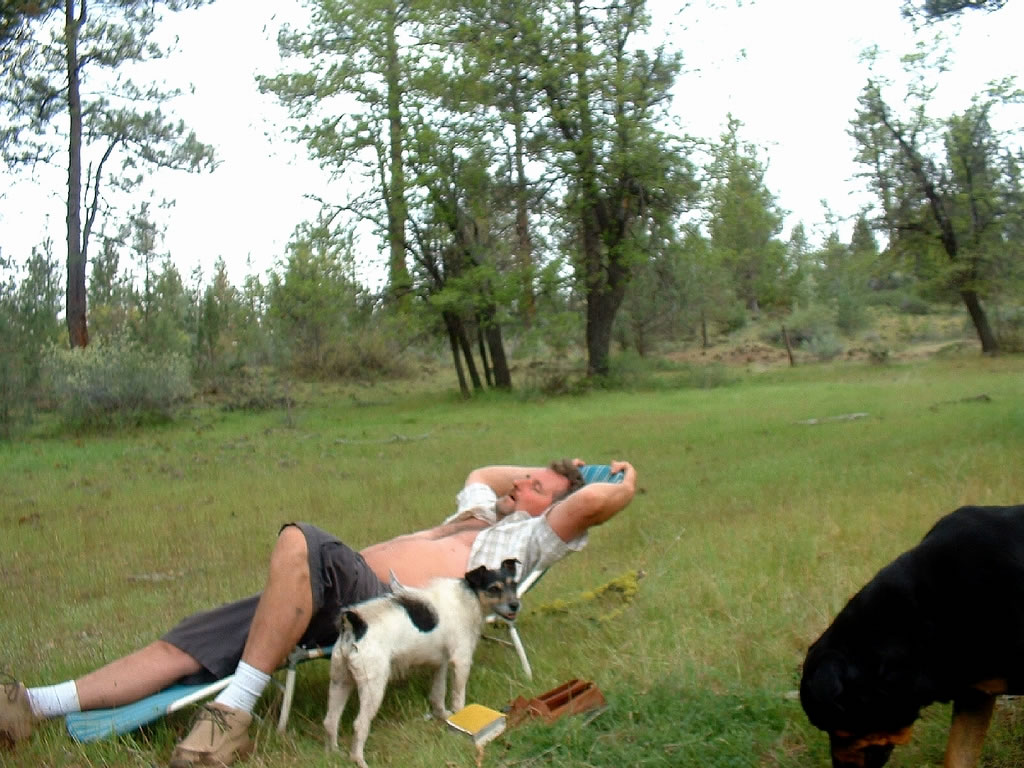 I barely had the energy to turn the self-timer on my camera on to get this, and if it wouldn't 'a come out right the first time, well, you woulda never seen this pic. And Quincy was buggin' me to continue, the little shithead!

Man, this was such a good day, I'll never forget it. And I'm gonna rub it in Mike & Sherri's face when next I see them. They missed out big-time. Can you imagine how well we all slept that night?