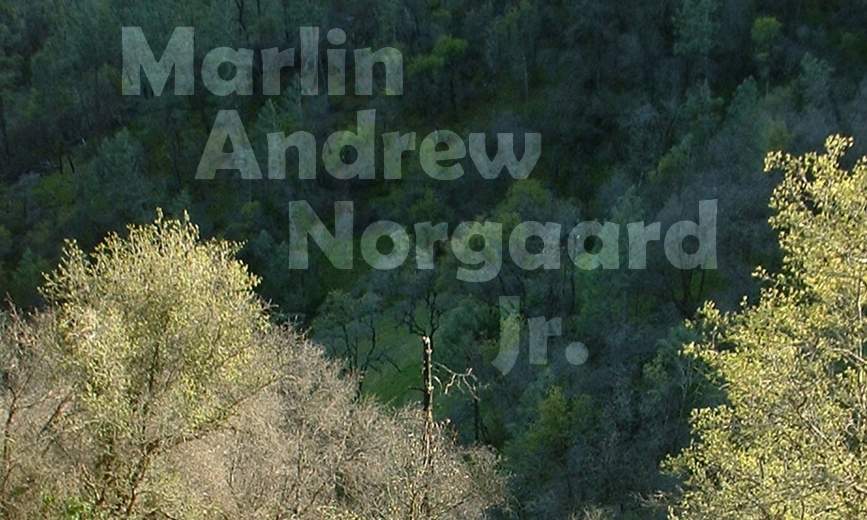 THIS IS A MEMORIAL

There's a man that just went to Heaven that we should all be sad for his leaving.

This man, Marlin Norgaard, touched more lives than most of us could ever hope for. He had a knack for making friends, and for angering us with his stubbornness, and yet he knew more of us than anyone in Burney. He introduced us & brought us together afterwards, just like he's doing now. He prodded us to stay young and to made us stand up for ourselves, to hike faster and to look up more often. And we had no idea he was doing it.

What a fiery life this man led, tumbling over precipices and tripping over life's pitfalls as if he were blind to them all. It was probably not because he didn't care that he went against the grain, but that he didn't want to stop it. He was happy with his life as it was, and even though he saw the higher plateau that the rest of us are reaching for, he just wasn't interested. He lived for no other man, and we cannot fault him for that.

Marlin was an outdoorsman of the envious kind. He spent more time exploring this country than old man Burney himself, and he always amazed us at the number of dirt roads that he had already walked, driven or stumbled down. He thrived on camping, even though his life's circumstances wouldn't always accommodate it. Marlin could be ready to camp in 15 minutes, and we envied him for that ready-to-go attitude.

He should have written the book on local lore and highlights, because he knew them all. We all went to him to ask about a spot we'd heard of, or a hidden lake that we'd see on a map. His headhunting skills baffled us, for he picked up many an artifact that the rest of us had just stepped right over. His American Indian blood probably helped, but he spent so much time in the backwoods that his eagle-eye was polished and trained. We envied him for that.

Marlin was one of the hardest workers we knew, when he chose to. He wasn't always anxious to do so unless it was necessary, but he would be the first to step up when it was time. His roofing skills were legendary, and many a contractor had him on their cell phone call list. He often had dirt under his fingernails when he fell asleep from a hard day of work, and getting paid for it was not his biggest motivator. When he worked, he was there to get things done, not just to put some hours in. And he'd help anybody, any time and any place, and we envy him for that.

When Marlin made a friend, he would make sure that he visited every chance he got. His hummingbird habit of hopping around from visit to visit, looking up friends and stopping by for a hello just to keep in touch filled his days with companionship and his nights with memories, and kept him surrounded with friends everywhere he went. He was never alone unless he chose to be. Most of the time he chose not to be, and most of us envied him for it.

There was a lot to envy about Marlin's life, but it just wasn't readily visible. There were many times when we'd think less of him for not following the same path as most folks, times when we'd find ourselves angry and cussing him because he couldn't be predicted. And then we'd lay our heads on our pillow at night and wish we ourselves didn't live such a predictable life. We'd see him without a vehicle and think to ourselves, well, WE'D never go without a rig for that long, and then watch as he found the means to get anywhere he had a wish to go.

You had to look hard to see that a lot of the things he did were worthy, simply because he usually arrived at the same destination as us, but always by a different road. Marlin's nobleness & goodness was only obvious if we thought about it for awhile, because it was usually covered up by something else. Think back, though, on what he left us in this world. We all know his beautiful family who will grace us for the rest of OUR lives. We always knew where we stood with him, never did we doubt how he felt about things, 'cause he'd tell us to our face. This we learned from him. This is important, especially in this day and age of little white lies & anonymous selfishness. How many things do we see that are better know because of his influence.

Marlin's spirit is everywhere we look-in his family, in the hundreds of construction projects that he worked on, in the many ties that he made for us with others, and the appreciation of nature that rubbed off on us from his influence. We see his spirit every time we watch a hawk fly gracefully by, and in every stacked rockpile we drive by. We see it in every piece of obsidian we glance at, and in every lake and stream that he showed us.

There are a couple of things that we need to do to honor this man properly, and the spirit that drove him. We must strive to remember his generosity and further that legacy as much as we can. Make yourself be everyone's good friend. And we must always, always, look at the things that we see as being different, and ask ourselves if being distinct means being wrong. We cannot fall into the narrow-minded trap of equating other people's diversity and methods as the wrong way. Marlin showed us that there are many ways to get where we're going. Hell, a lot of times he'd already be there, waiting impatiently for us, but waiting nonetheless.

GOOD MEN COME AND GO, BUT WE ALWAYS REMEMBER THE WARRIORS AMONG US

I'm not sure how long I will keep these pages in this public forum, because I know that Marlin didn't like the limelight much. But I would like to append to this page the thoughts of the rest of his many friends & family, so please e-mail me or call me with yours. I will put your words & pictures here, so we can all have a place to come to remind us of this Burney warrior. E-mail me here (marlin_norgaard@woodssong.com), call me at 949-7910 or come by. 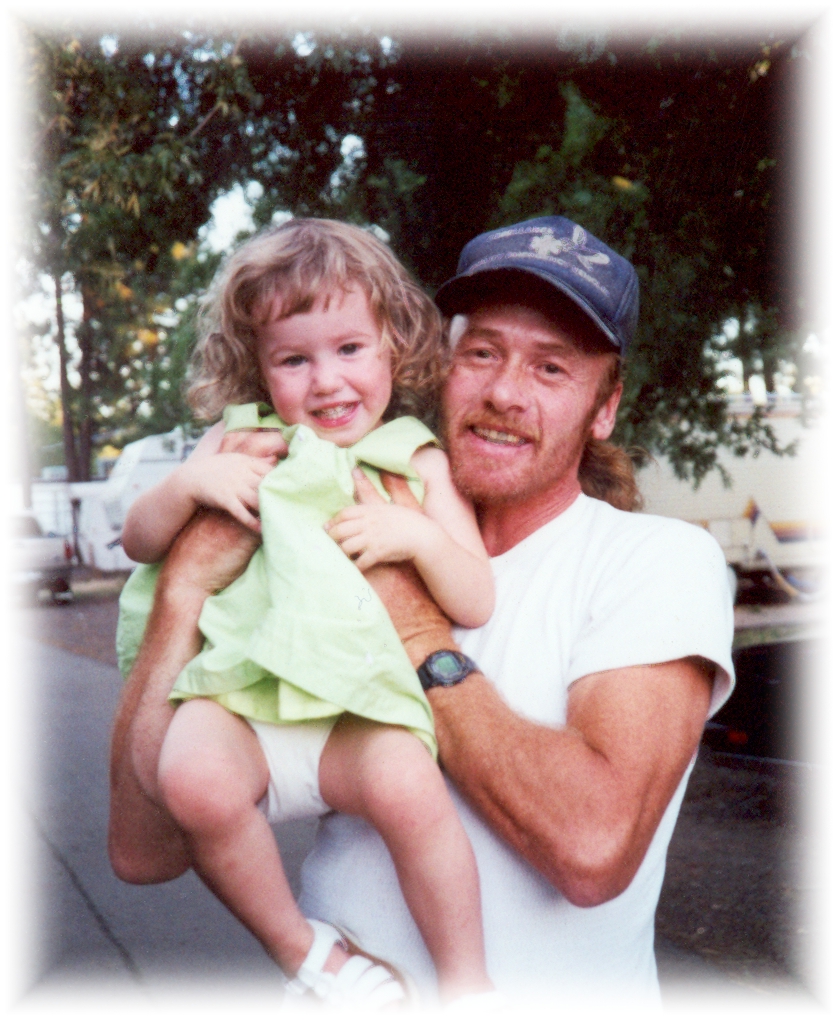 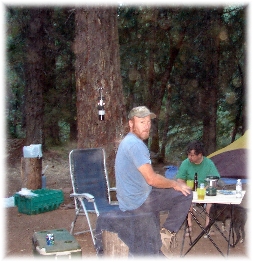 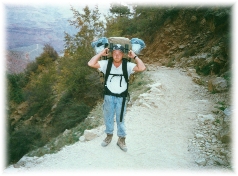 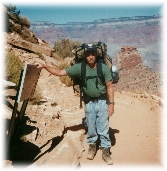 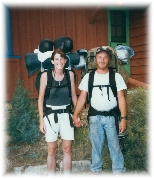 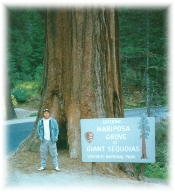 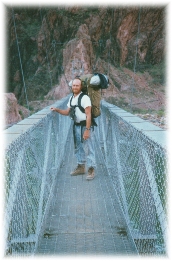 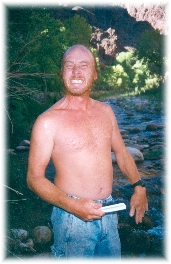 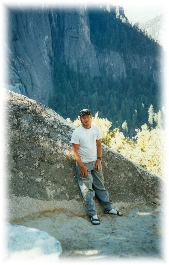 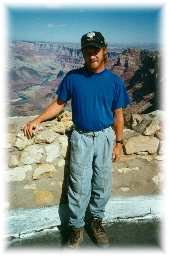 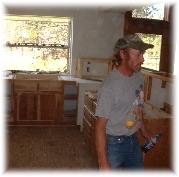