It's hard to believe that 30 years have gone by, but I guess I just have to face it. Making memories like George and I did on this particular weekend makes it a lot easier to swallow, though.

George and I grew up in the San Lorenzo Valley (Felton, Ben Lomand, Boulder Creek, etc.), south of San Francisco and a bit north of Santa Cruz. We lived among the redwoods and didn't really appreciate them as we do now, but it was still a special place, full of friendly people and not crowded like it is now. Anyway, we took a weekend trip back down there for my class reunion (George graduated a couple of years after me), and we had time to spend cruising our old haunts and seeing a few old friends. The reunion was a kick, but not nearly as fun as walking down to the old swimming hole.

Following are a miscellany of photos I took with my new Sony Cybershot digital SLR, but I've optimized them pretty tight to make your downloads faster.

Here's a few old friends from high school, my favorite being ol' Steve Fox. Pat Calloway, Bob Tomlin, Erny Mashburn...man, some 'a these guys terrorized us back in school, but I think we all gre out of a lot of things and they all turned out to be pretty cool guys. I can't wait for the next reunion to see them again! 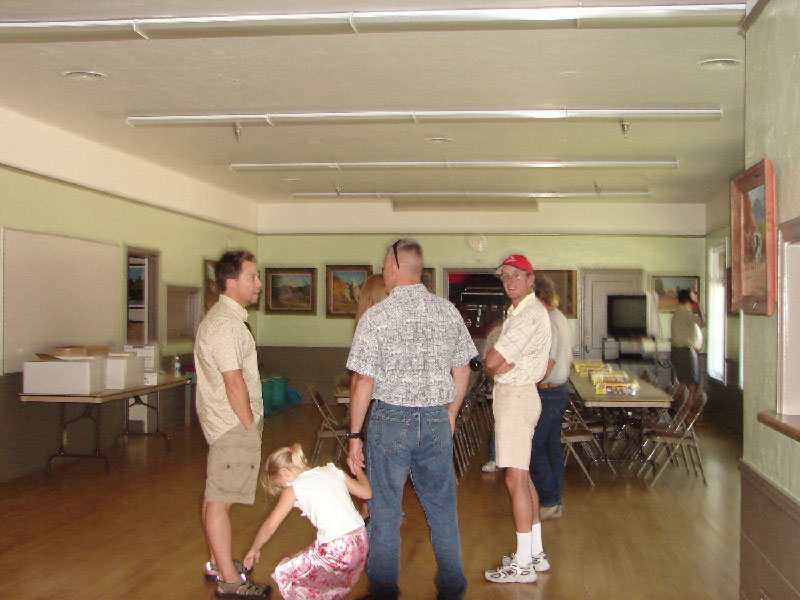 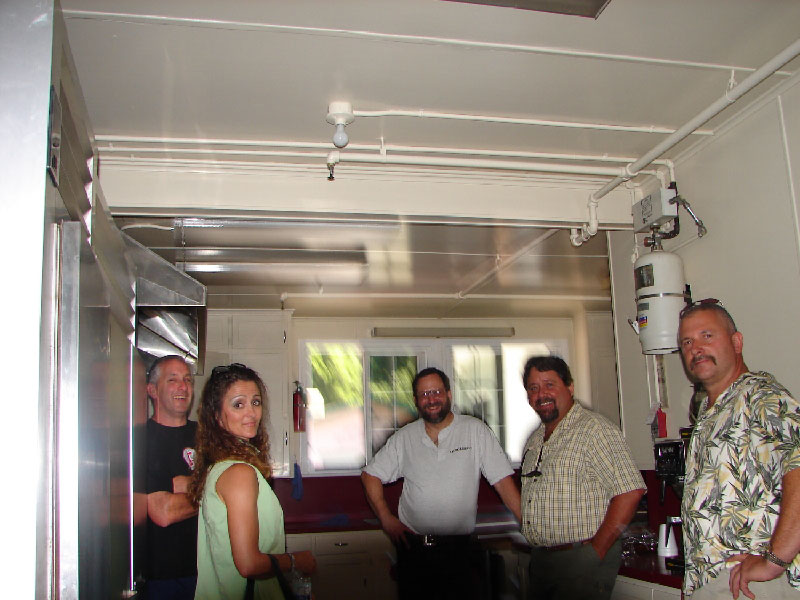 This road, Azalea, is important 'cause it's where I lost my virginity! I know I"LL never forget it...sweet Stacy Miller sure showed me some things. Most all of the roads are this overgrown. 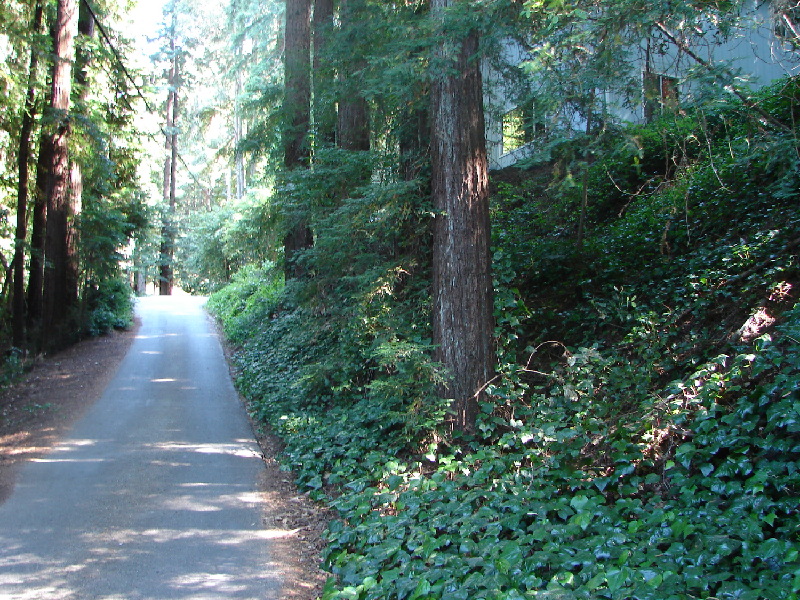 San Lorenzo river was quite a bit fuller 30 years ago, and the locals have released some of the damns that made good swimming holes. The water looks pretty brackish these days, and the Lamphrey eels we used to swim with have probably taken over by now. I know I didn't stick my feet in this time! 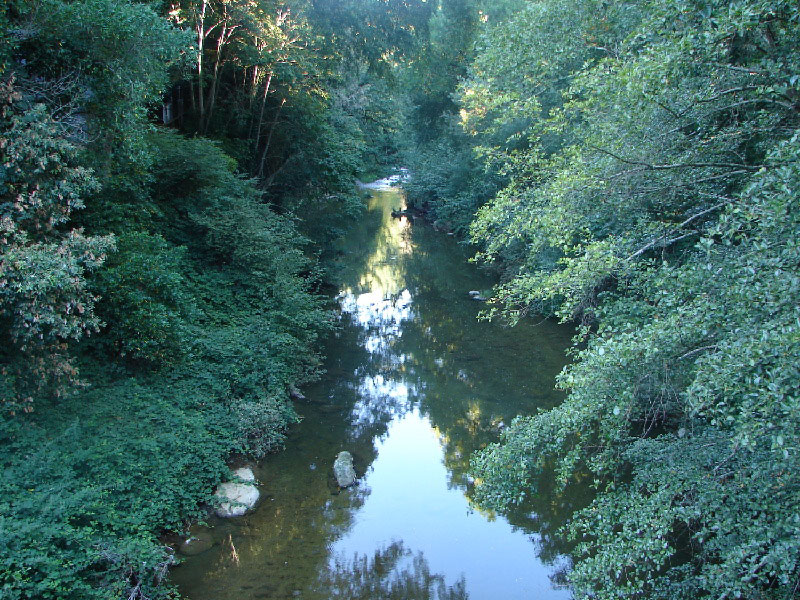 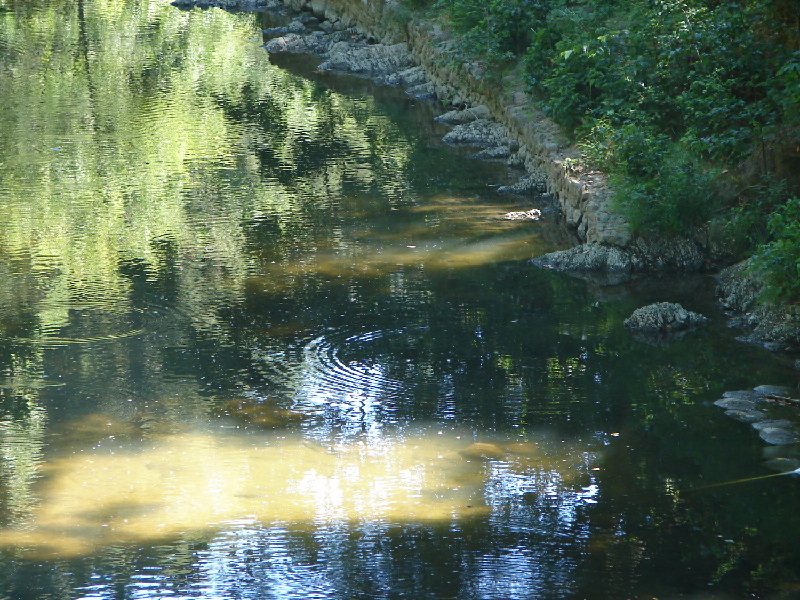 Here's downtown Boulder Creek, and I tell ya, it looks exactly now as it did back then. We were amazed. 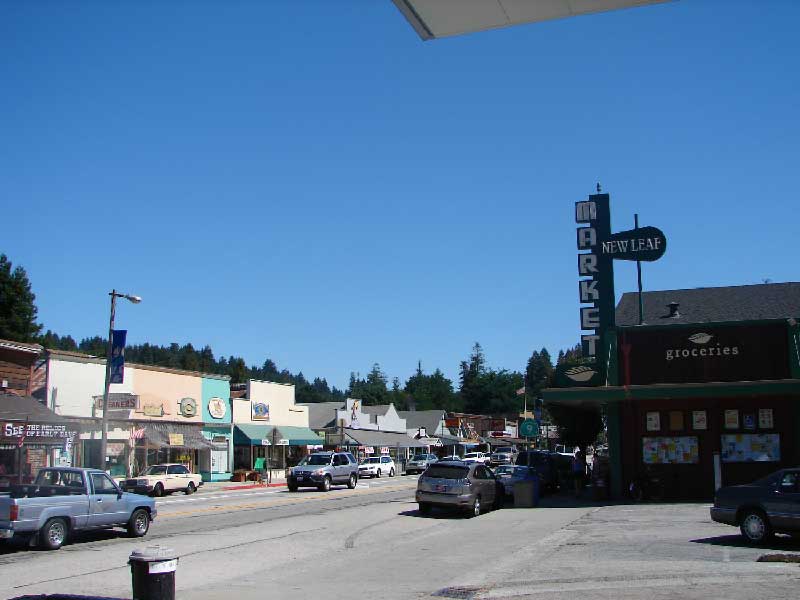 And a couple of the progressive shops you'll find there nowadays. 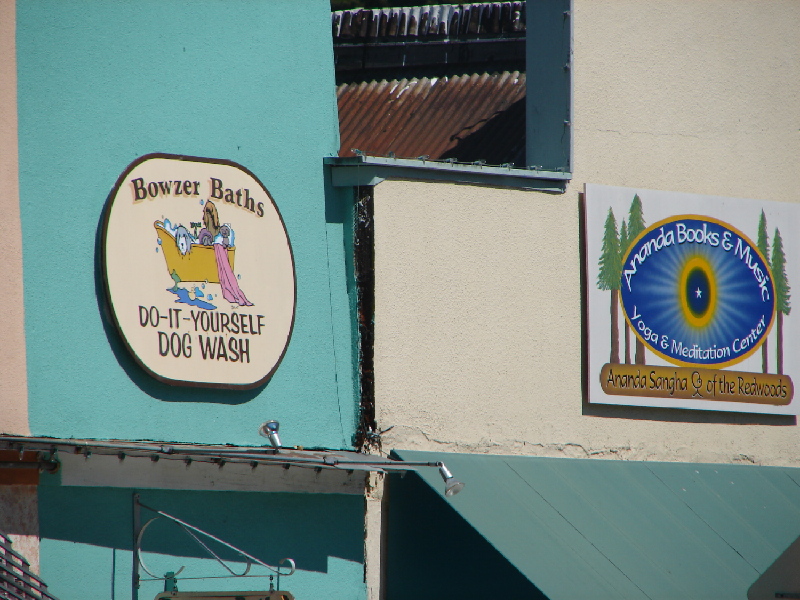 Here's some more pictures of the valley area. Everything's as thick and lush as a rain forest, except for the redwoods. 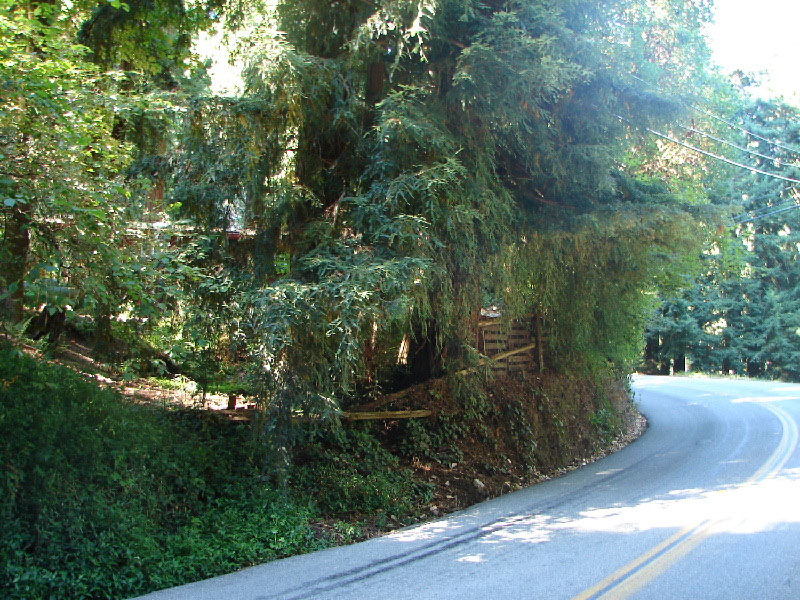 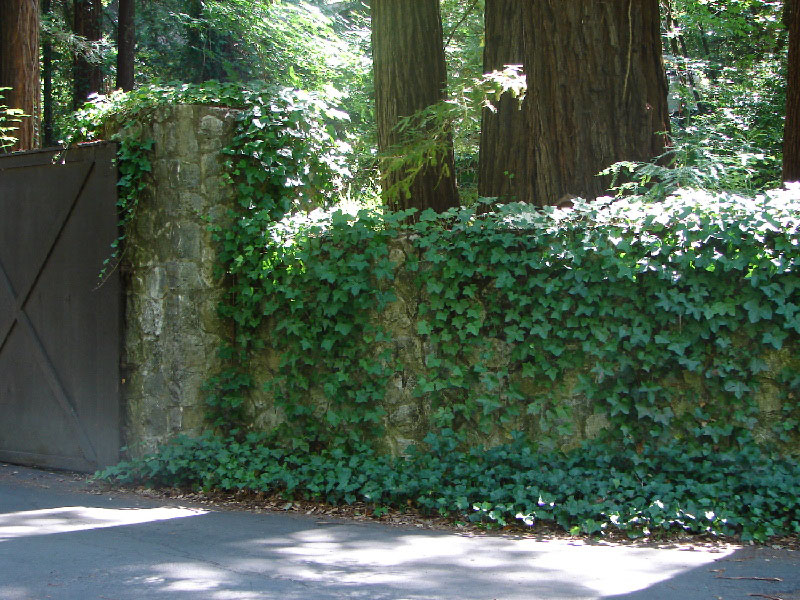 And these are a couple of dandy Oaks that deserved some digital film. 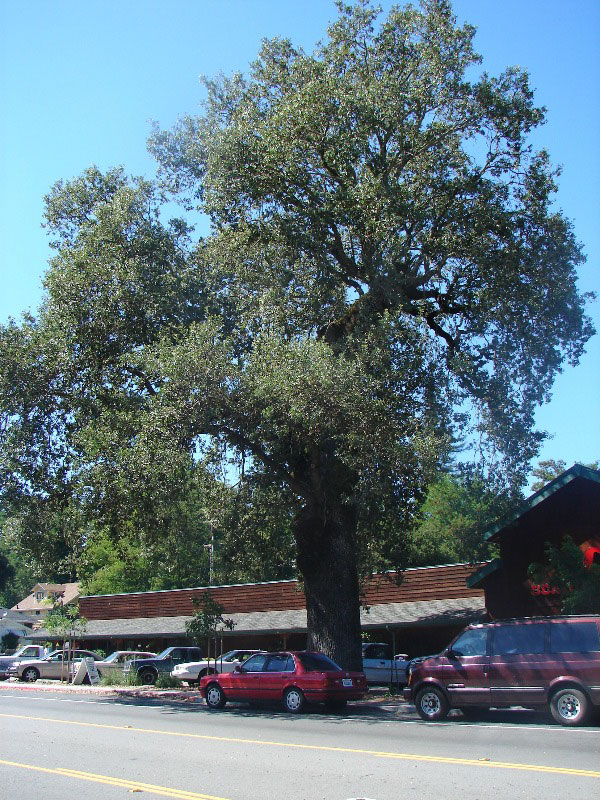 This one held our favorite tree fort. You can probably still see the smoke coming out of it! Oh, the times we spent there... 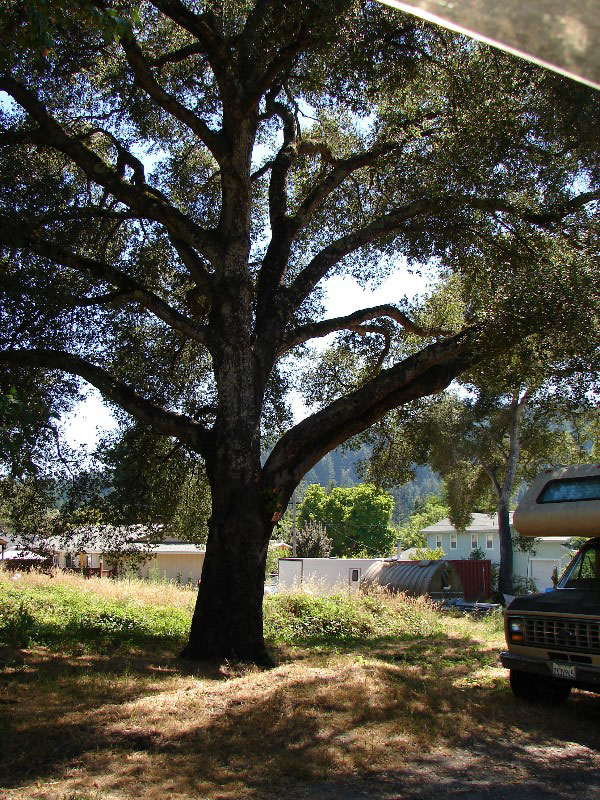 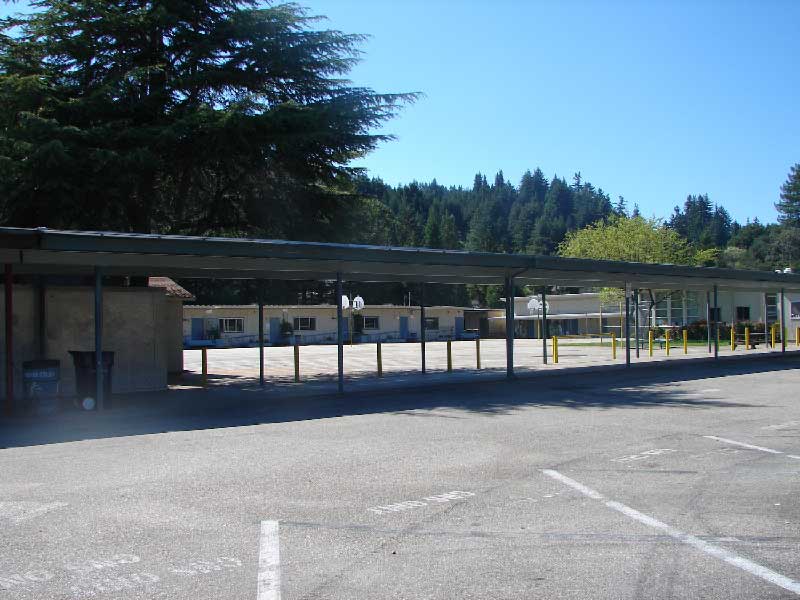 Some guy built this small castle right on the river in downtown Ben Lomand. Someone still lives there, I noticed. 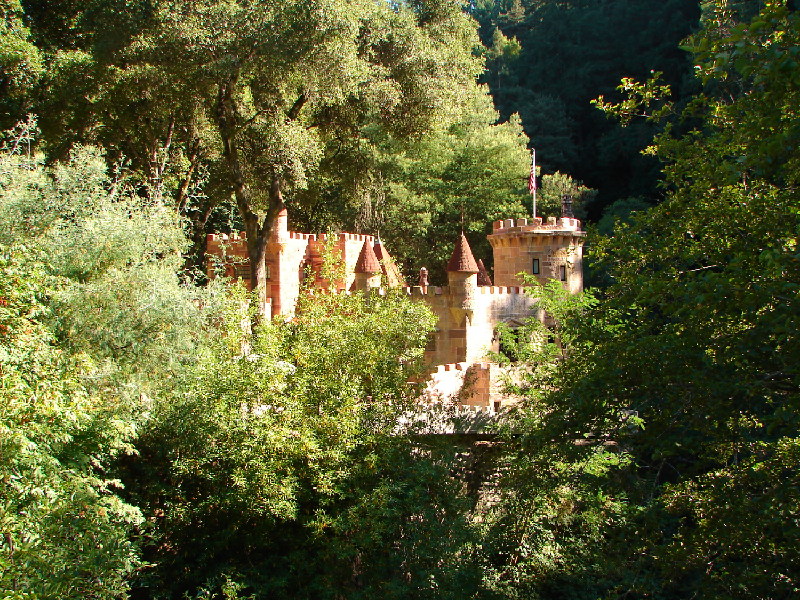 This is a nice park that wasn't there when we were. It looks well used. 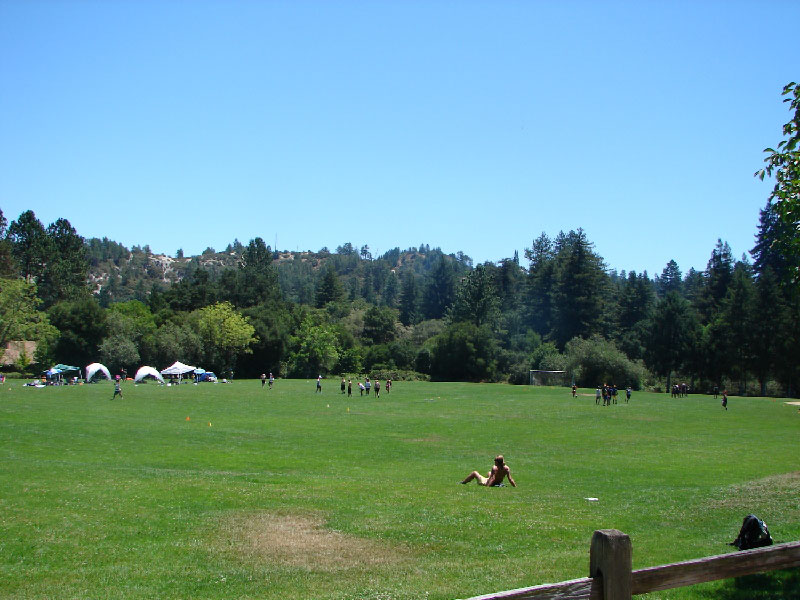 We of course drove into Santa Cruz to check out the world-famous Boardwalk. Looks exactly the same except for the people. There used to be a lot of hippies, now they're replaced with tourists. 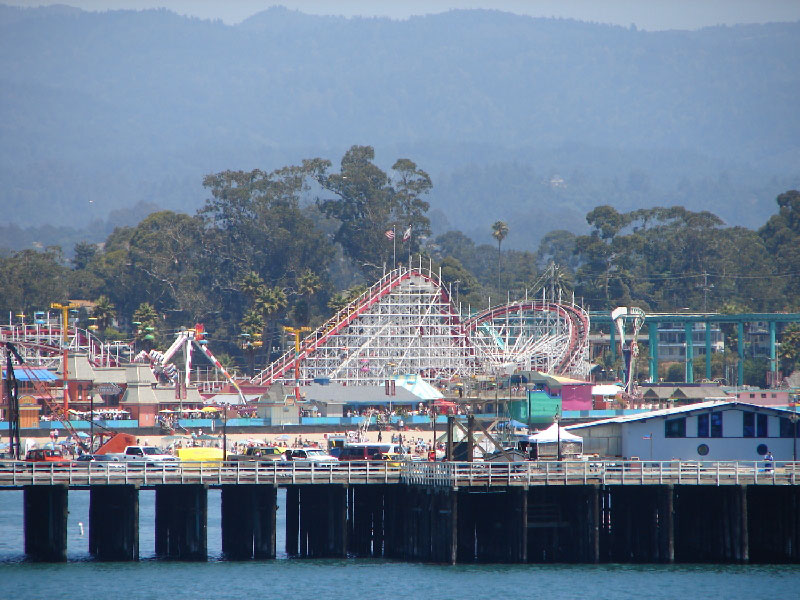 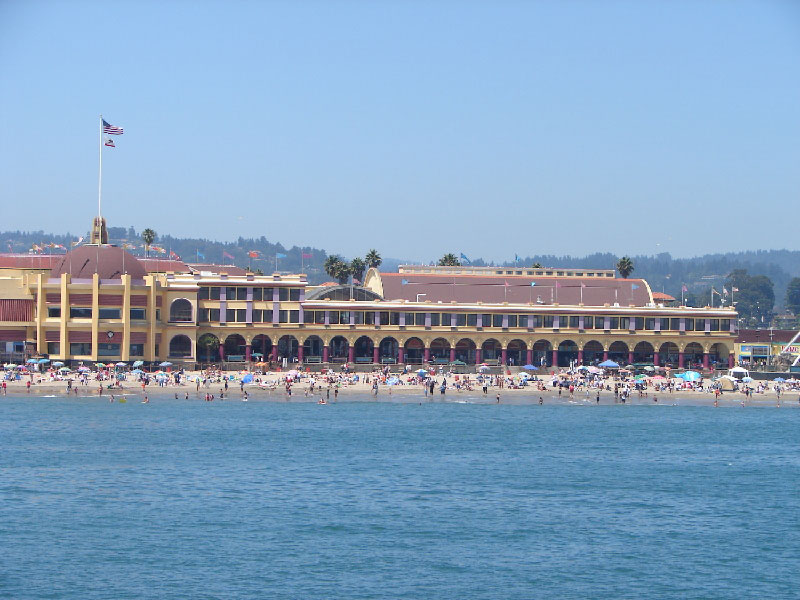 Nice inviting beaches if it weren't for the crowds. 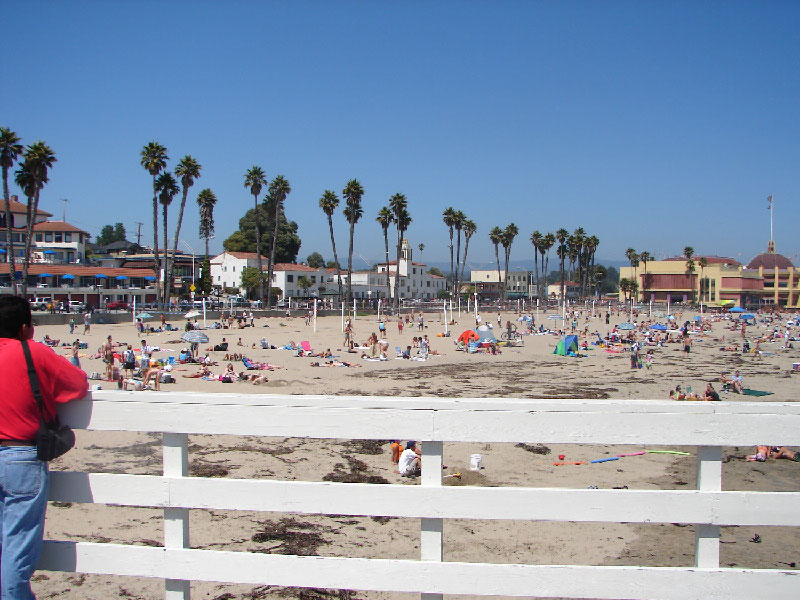 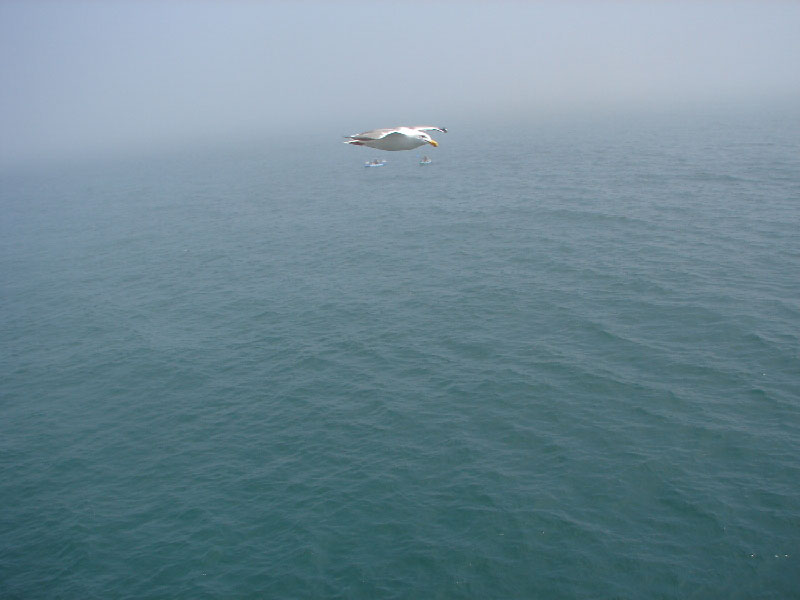 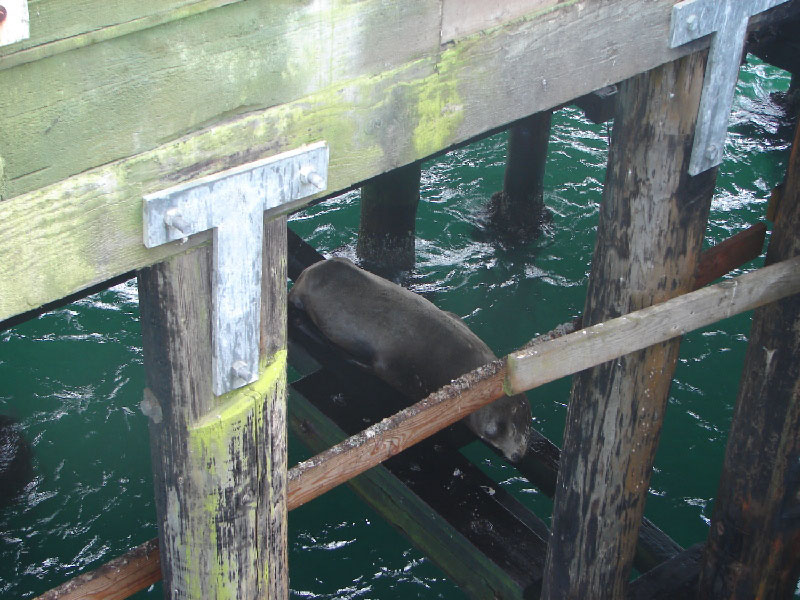 And here's the ugly dude that I spent the weekend with, George Stenlund, also known as Poju. He's Finnish! 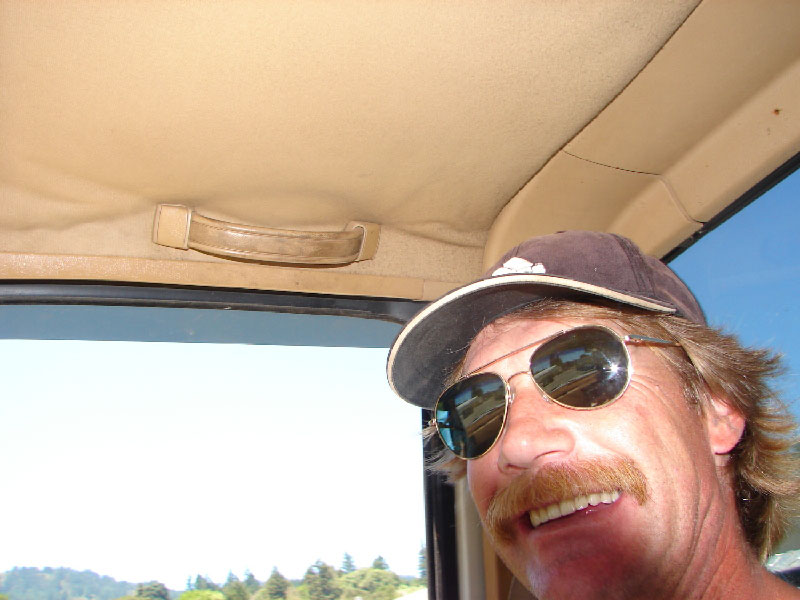 All in all, we had one heck of a time, and spending a few days with my best buddy was icing on the cake. SLV is still a nice place, mostly to visit since you'd have to be a millionaire to live there. Or a long-time local. It's much more overgrown, both with flora and people, but definetely worth a visit. Especially if you still consider yourself a local!