Antelope lake is outside of Susanville, hidden up in the mountain range that follows you to Reno along highway 395. North of Quincy and Portola, it's 20 miles up into the range from Janesville, or considerably further from the south side. But once you get up there, it is a very nice secluded area. Even though you'll find quite a few people up there, most of them are at the lake's 3 different campgrounds, so, if you avoid that, you can find some nice, lone places to explore.

This was the first camping trip for Jack, mom's new pup (and Hez' brother), the second for Hez. Zeb, the old-timer among us, They were more excited than I was, and had the grandest time exploring every little sight and smell. It was like they were competing to see who could check everything out first!

Here's Antelope lake itself, although my camp was a mile or two away (the Forest Service campgrounds are out of view to the left and to the right. This nice, appealing island sure wanted some company. This shot was taken from the dam and is only a small part of the lake. 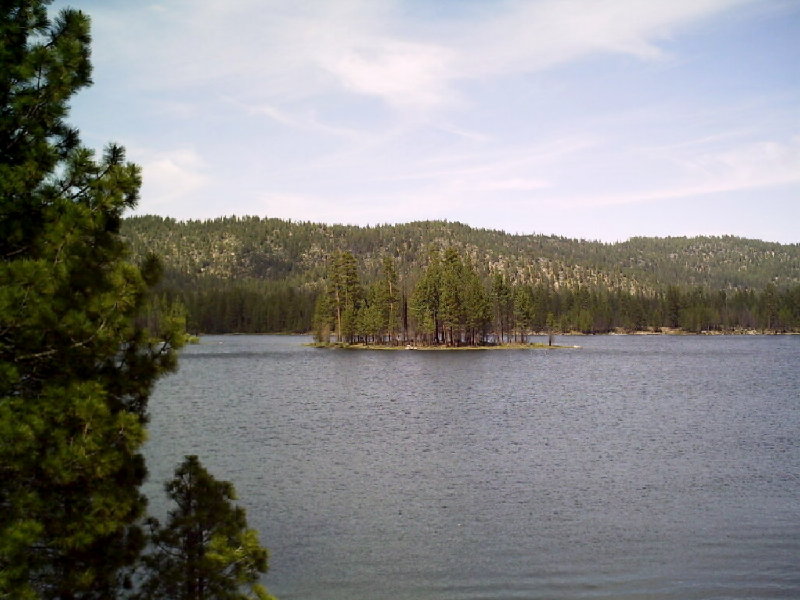 The dogs hit the ground running. They'd stop every hour or so and nap for 5 minutes, then jump up and start chasing eachother again. Boundless energy in a land of boundless beauty... does it get any better? 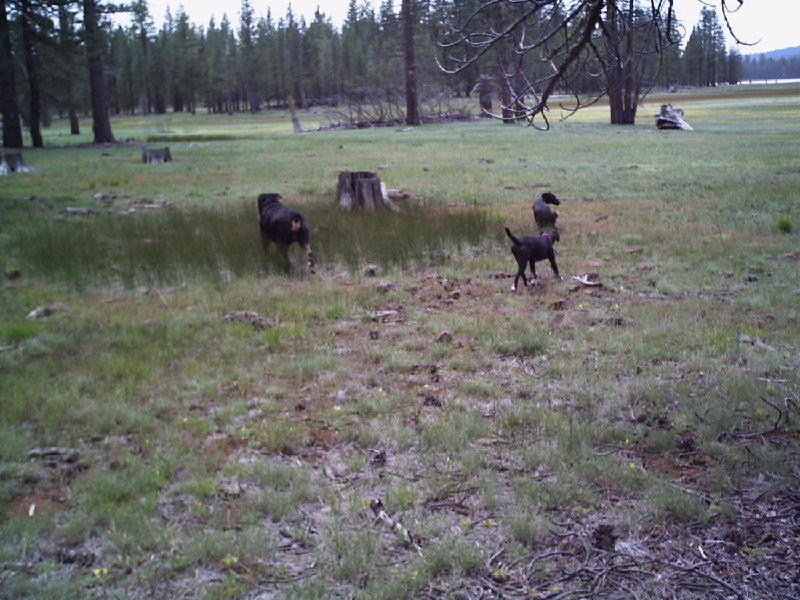 Here's a nice big meadow on the south end of the lake that was just covered in blooms of all sorts. Our timing was just right, and we all had to stop and walk out in the midlle of them all. The smell was overwhelming. 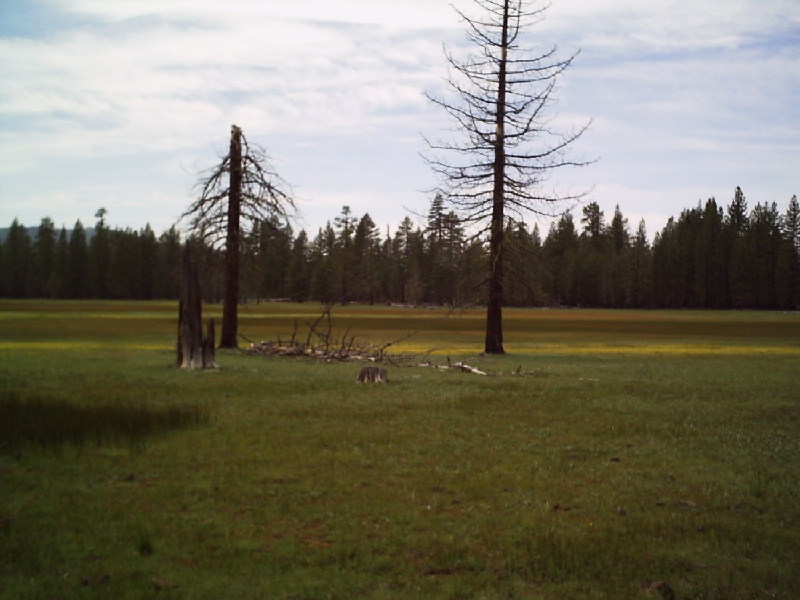 I think these flowers are called Fleabane, but regardless, they deserve a picture here. The flowers are a lot different in the Sierra Nevada mtns. as opposed the the Cascades, and have a beauty all their own. 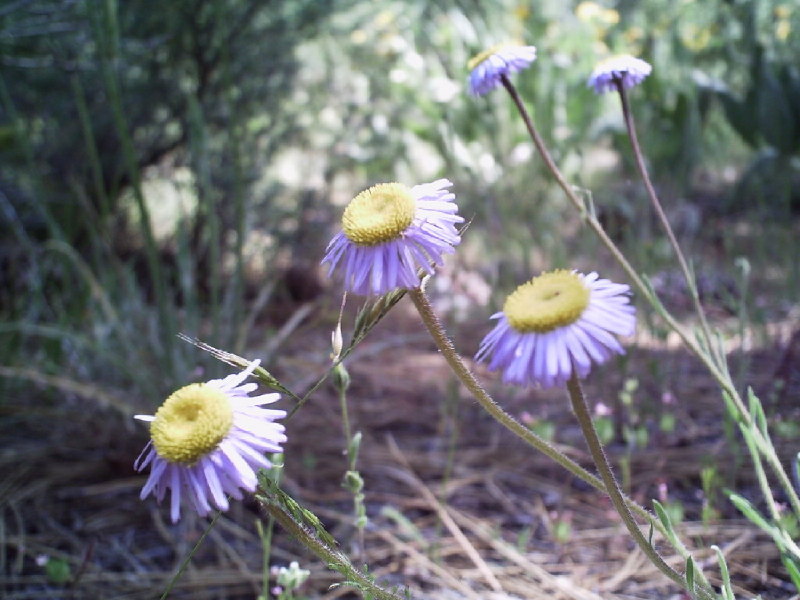 There's quite a few places for lake access, and this little point we found was perfect for a picnic. I found an old-growth Pine that beckoned for me to lean against it. I obliged, and soaked up its energy as I watched the abundant wildlife. I was in heaven, I tell ya. We spent hours here, and the dogs didn't want to leave. Well, maybe Zeb. He wore himself out trying to keep up with the pups. 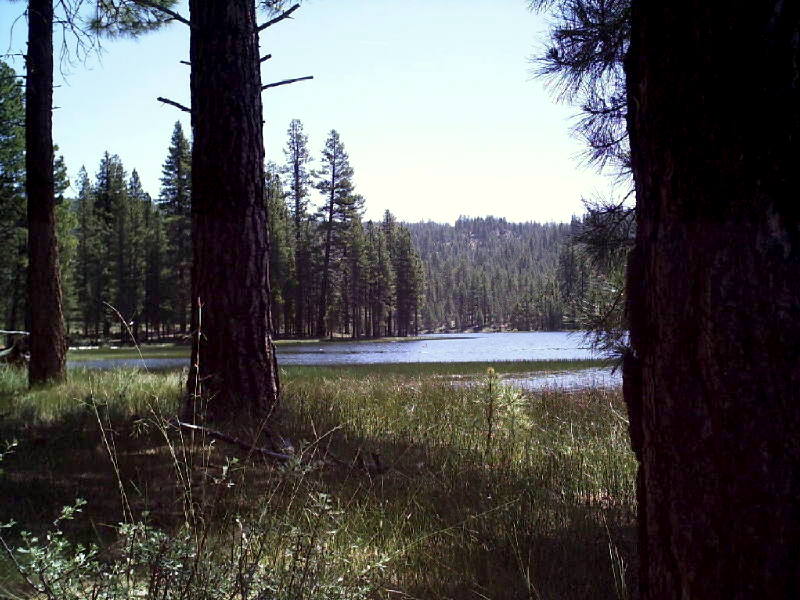 The next two pics are of Indian creek, which is where we camped. Nice, lonely little creek, pleasantly noisy and great for cooloing off. Our camp was in a little alcove where no one could see us (although the rangers managed to). Pardon the condition of camp, this pic was taken at 6AM and I was stilling pouring coffee in my veins. The dogs already had a few miles in. 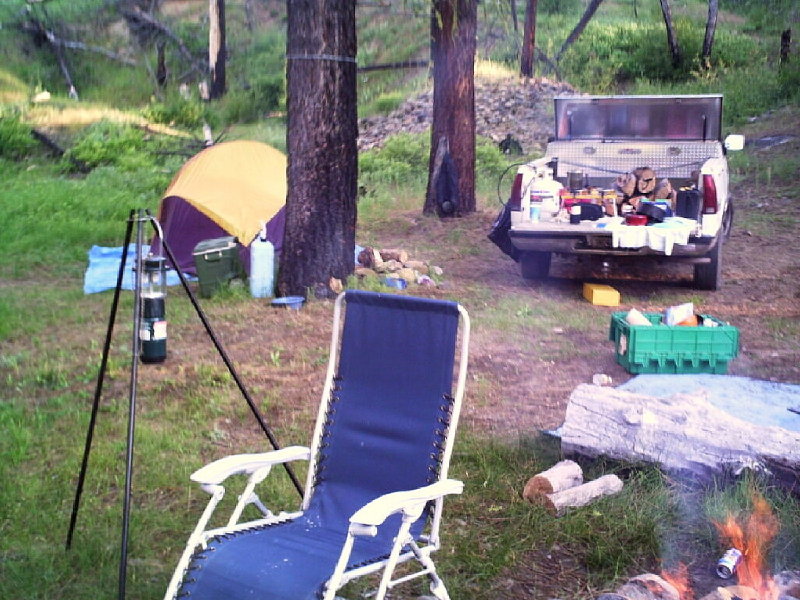 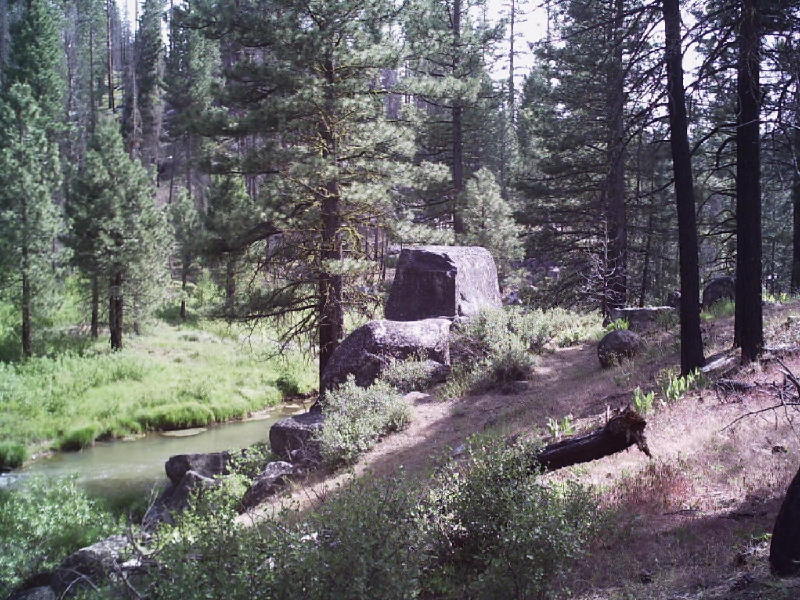 Here's some more shots of Indian creek. We hiked quite a ways up it, trying to keep near water on a hot Saturday. I didn't see even one fisherman, so I have no idea how the fishing was, but the view was impeccable. 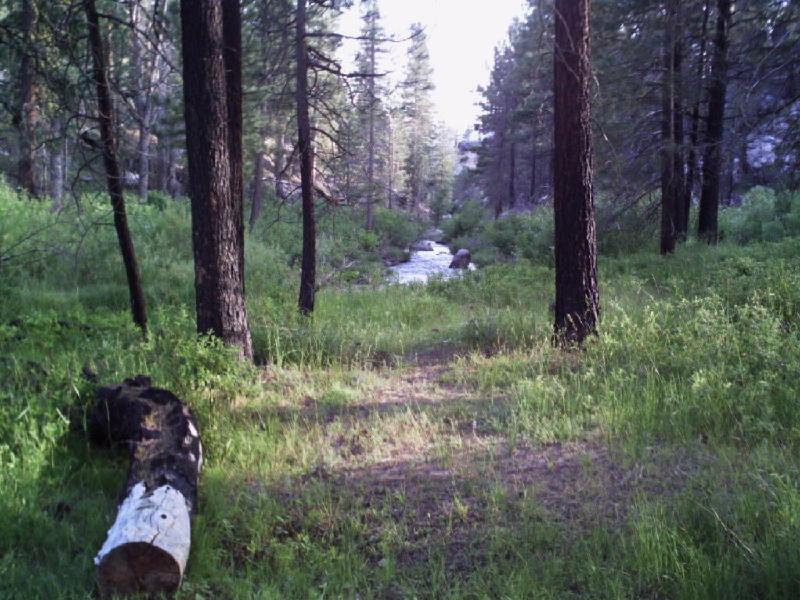 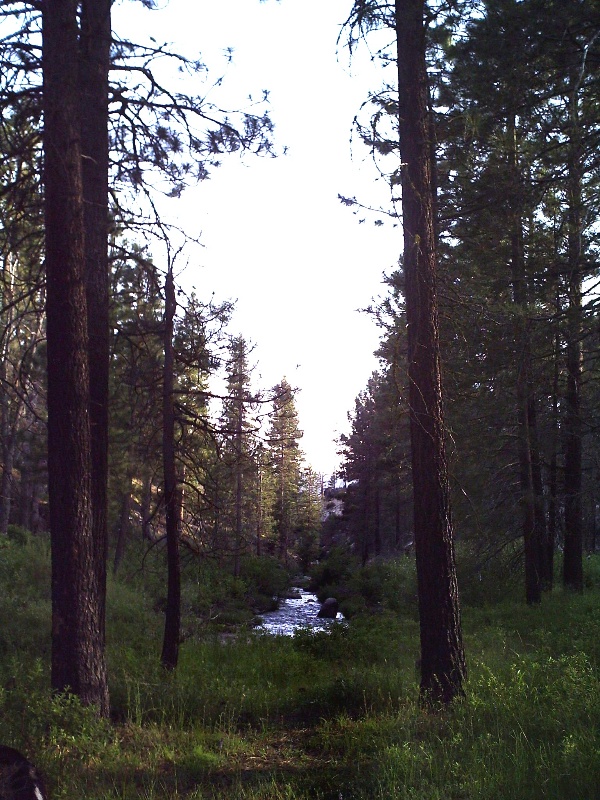 Young Jack was smokin' in his never-ending explorations and vigilance in keeping the wildlife at bay. Good thing, too, those squireels looked mean! 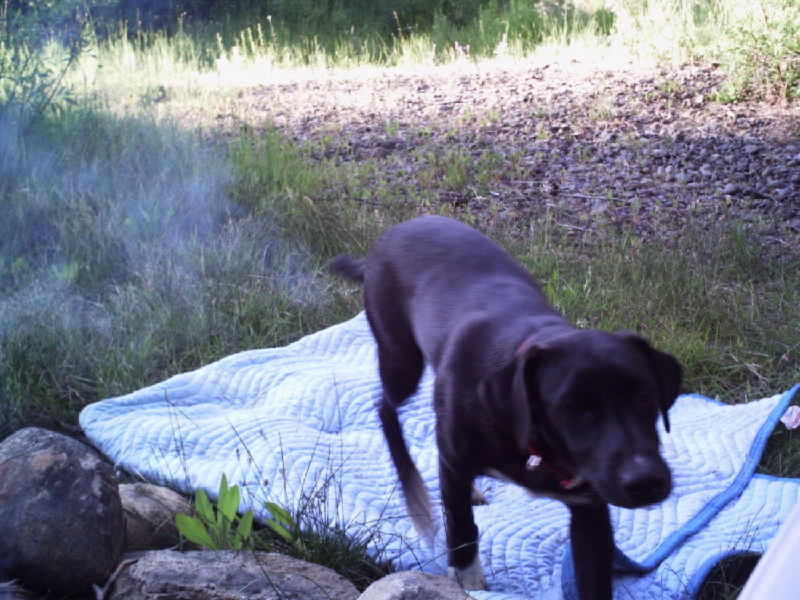 Yes, it was a great 4-day break from work, and I would have stayed longer if the creek I washed my hair in was any warmer (don't worry, I used Dr. Bonner's). I looked like the Burning Man by the time Tuesday rolled around. You don't think I'd show you a picture, do you?

Anyway, it's a spot that I'll go back to, since there's many more things to explore that we didn't even get close to seeing. The amount of old growth is shocking, much more that around my forests, and a welcome site.